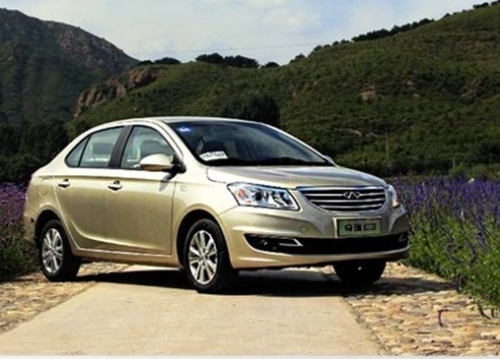 On September 12, Cheryâ€™s new sedan E3, a small family sedan, will be officially launched. The current official price range is between RMB 60,000-70,000. China Netcom learned that the Chery E3 will gradually replace the currently unsold Chery Fengyun 2 sedan models after its listing. The first four models to be listed are all manual transmissions, and the launch of automatic models will need to wait until about the third quarter of 2014.

Earlier, some media predicted that the price range of the Chery E3 was 5.86-6.98 million yuan, but according to Chery staff official price range of 60,000-70,000 yuan. The Chery E3 will become the main model of the Chery sedan small family car after its listing. Previously, the Fengyun 2 sedan version with poor sales will gradually fade out of the market.

The Chery officially announced the configuration of the parameters of the E3 model. The first listing of E3 will launch four models of manual transmissions. The configurations from low to high are: interesting style, fashionable style, intellectual style, and respectable style. Among them, the starter version is only a radio and no airbags. It is expected that there will not be too many users accepting it, and the actual model will be the second-lowest fashion model.

Chery E3, although not as impressive as the Ai Rui Ze 7 market, but in fact E3 and Ai Ruize 7 on behalf of Chery's accumulated R & D and manufacturing capabilities for many years of concentrated expression. E3's small family car market has Chery's largest and most important user group, so E3's importance to Chery is self-evident.

Chery staff introduced to China Netcom that the new E3 will be produced at Cheryâ€™s newly established Chery Fifth Plant in Wuhu. The new plant boasts Cheryâ€™s most advanced production lines and production processes. The new plant and equipment will ensure that E3 has excellent process quality.

Chery conducted a large number of preliminary investigations for the development of the E3 to gain users' needs for all aspects of the new model. This also reflects Chery's years of imitation and exploration, and finally gradually began to understand the needs of users, proceed with a formal positive research and development of models, and completely get rid of the imitation and copycat learning process.