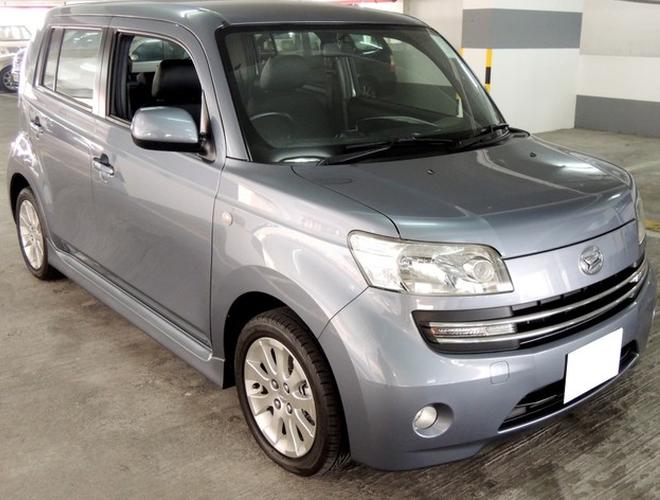 Do you remember the yellow facets that ran in the streets all year round? Its brand is called Dafa.

Speaking of Daihatsu, many people may feel strange, but it is a global mini-car giant, not only longer than the history of Toyota's car, but also has a deep relationship with the Chinese market.

On January 29, Toyota issued a statement saying that Toyota Motor Corporation (hereinafter referred to as Toyota) and its subsidiary Daihatsu Industrial Co., Ltd. (hereinafter referred to as Daihatsu) passed the share exchange, making Daihatsu a wholly-owned subsidiary of Toyota. According to the schedule, the effective date of the exchange of shares between the two parties is August 1, 2016, during which the two parties will complete matters related to the change of equity.

The Toyota said that it has already reached an agreement with the big development and will hold 100% of the shares of Dafa through the exchange of shares. Previously, Toyota held a 51.2% stake in Daihatsu, and Toyota will exchange Daihatsu one share for every 0.26 shares. Upon completion of the acquisition, Dafa will become a wholly-owned subsidiary of Toyota. According to foreign media estimates, Toyota will spend nearly $3 billion to acquire the remaining 49%.

Toyota Motor Global CEO Toyoda Akio said that after the completion of the transaction, Daihatsu brand will be given the "equal status with Toyota, Lexus and other brands."

In the 1990s, the "yellow facets" became the initial impression of many Chinese people on cars. According to the data, Dafa Automobile introduced the "small face" Hi-jet and Charade Xiali models of the yellow body in China in 1986 through technology transfer.

According to the "Daily Economic News" reporter, in the small car strategy, the Toyota brand and the Daihatsu brand are further distinguished, and exclusive models are built for their respective customer groups to expand the lineup.

In terms of technology strategy, the two parties adhere to the concept of sharing. Toyota is responsible for technology research and development in environmental protection, safety, peace of mind, comfort and other technologies. Daihatsu is responsible for improving packaging capabilities, low-cost technology, low fuel consumption technology, and promoting low-cost and small-scale technology. Turn. In particular, it is proposed that Toyota Group share Daihatsuâ€™s unique automobile manufacturing experience and enhance the cost competitiveness of advanced models.

In terms of business strategy, in Japan's domestic business, through the effective use of Toyota's sales experience and infrastructure, Daihatsu's brand influence and income-generating capacity are improved; in the emerging country market, by effectively utilizing their respective business foundations, Daihatsu is The main body quickly and efficiently promotes manufacturing processes such as research and development, procurement, and production.

There is a view in the industry that, especially in the â€œnew normalâ€ of the global auto market entering a low-speed growth period, Toyotaâ€™s acquisition of Dafaâ€™s shares has once again increased industrial concentration and expanded the scale effect.

Daihatsu will return to China

"(Toyota and Dafa) have no specific structure for the layout of emerging markets such as China and India." The relevant person in charge of Toyota China told the reporter of "Daily Economic News" that it is still in the financial level of handling equity. There is no clear plan for the future layout.

Daihatsu has a deep relationship with the Chinese market. In the 1990s, the â€œyellow facetsâ€ became a popular urban landscape for Chinese passenger cars. According to the data, Daihatsu introduced the "small face" Hi-jet and Charade Xiali models of the yellow body in China in 1986.

With the intensified competition in the Chinese passenger car market, Daihatsu has gradually been marginalized in China. In early 2010, Daihatsu issued a statement announcing the withdrawal of 50% of the joint ventures established by FAW Jilin Automobile Co., Ltd. in China, and officially bid farewell to the Chinese market. Since then, the Chinese passenger car market has entered an adjustment period, and the Japanese brands represented by Toyota have been undulating.

Until 2015, with the Toyota Hybrid "Double Engine" model made in China, the small car strategy alongside the joint venture company showed results, Toyota's sales in the Chinese market grew steadily, and it dominated the Volkswagen global sales competition.

On the basis of international cutting edge brush making technology and our own patented inventions, Haixing brush machines are stable and reliable and have been well accepted by the markets. By selecting different clamps and platforms, each Haixing Brush Machine can produce different types of brushes. Paint brush is one of the end products. These machines can produce flat paint brushes and rolling paint brushes.  They have the functions of drilling holes and tufting filaments.